Attending a presentation around The Future of Work presented by Paul Kinsinger,  Emeritus Faculty, Thunderbird School of Global Management and Principal with Clair-Buoyant Leadership™, I was reminded of one of my favorite essays written by one of my favorite authors.  It is an essay by Margaret Wheatley entitled Can We Reclaim Time to Think?  Wheatley is a writer and management consultant committed to the belief that real social change comes from the ageless process of people thinking together in conversation,

Kinsinger spoke of the future world becoming even more fast-moving, disruptive, complex, and ambiguous than today. In the face of all this accelerated pace of change, many experts continue to argue that mankind needs to keep on keeping up; going faster, thinking faster, taking on more and more cognitive capacity, and learning more and more skills sets.  Kinsinger and Wheatley do not agree with that opinion.  Their perspective, and I agree with it it, is that the key to thriving, both as a leader in future times and in the workplace of the future, will be in learning to slow down….to pause, step back, and reflect. Only those who can slow their thinking through reflection can sort through the mass of data and information we are faced with everyday and determine where and how to best focus our intentions and efforts.  We need to SLOW DOWN TO KEEP UP!

I suggest we have never needed to read Wheatley’s 2002 essay more than we do now!

Can We Reclaim Time to Think? by Margaret Wheatley

As a species, and we humans possess some unique capacities. We can stand apart from what’s going on, think about it, question it, imagine it being different. We are also curious. We want to know why? We figure out how? We think about what’s past, we dreamed forward to the future. We create what we want rather than just accept what it is. So far, were the only species we know that does this.

As the world speeds up, we’re giving away these wonderful human capacities. Do you have as much time to think as you did a year ago? When was the last time you spent time reflecting on something important to you? At work, you have more or less time now to think about what you’re doing? Are you encouraged to spend time thinking with colleagues and coworkers, or reflecting on what you’re learning? If we can pause for a moment and see what we’re losing as we speed up, I can’t imagine that we would continue with this bargain. We are forfeiting the very things that make us human. Our road to hell is being paid with hasty intentions. I hope we can notice what were losing — and our day to day life, in our community, in our world. I hope will be brave enough to slow things down.

But I don’t expect anybody will give us time to think. We will have to reclaim it for ourselves. 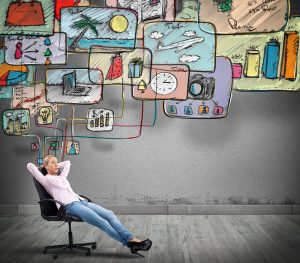 Thinking is a place where intelligent action begins. We pause long enough to look more carefully at the situation, to see more of its character, and think about why it’s happening, and notice how it’s affecting us and others. Paulo Carrere taught critical thinking is a nonviolent approach to revolutionary change. He taught poor people how to think about their lives, and the forces that were impoverishing them. Nobody believed that exhausted and struggling poor people could become intelligent thinkers. But it is easy for people to develop this capacity when they see how thinking can save their life and the lives of those they love.

Our lives are not as desperate as those poor, and we may not notice that were losing the possibility of a fully human life. To see whether you’re losing anything of value to yourself, here are some questions to ask yourself: are my relationships with those I love improving or deteriorating? Is my curiosity about the world increasing or decreasing? Do I feel more or less energy for my work than a few years ago? Are those things which anger me different than a few years ago? Which of my behaviors do I value, which do I dislike? Generally, and my feeling more peaceful or more stressed?

If answering those questions help you notice anything you’d like to change, you’ll have to find some time to think about it. But don’t expect anybody to give you this time. You will have to claim it for yourself.

No one will give it to you because thinking is always dangerous to the status quo. Those benefiting from the present system have no interest in new ideas. In fact, thinking is a threat to them. The moment we start thinking, will want to change something. We’ll disturb the current situation. We can’t expect those few who are well served by the current reality to give us time to think. If we want anything to change, we are the ones who have to reclaim the time.

Thinking is not inaction. When people can think and notice what’s going on, we develop ideas that we hope will improve our lives. As soon as we discover something that might work, we act. When the ideas mean something to us, the distance between thinking and acting dissolves. People don’t hesitate to get started. They don’t sit around figuring out the risks were waiting until someone else develops an implementation strategy. They just start doing. If that action doesn’t work, they try something different.

This might sound strange to you, because many of us deal with governments and organizations that can’t implement anything. It’s true for all bureaucracies — there’s a huge gap between ideas and actions. But this is because people don’t care about those ideas. They didn’t invent them, they know they won’t really change anything, and they won’t take risks for something they don’t believe in. But when it’s our idea, and it might truly benefit our lives, that we act immediately on any promising notion.

Determination, courage, genius, and foolishness appear simultaneously when we care deeply about something. Here’s how Bernice Johnson, Reagan, a gifted singer and songwriter, described their own and others’ fearless acts during the civil rights movement. “Now I sit back and look at some of the things we did, and I say, what in the world came over us? But death had nothing to do with what we were doing. If someone shot us, we would be dead. And when people died, we could ride and went to funerals. And when we went and did the next thing the next day, because it was really beyond life and death. It was really like sometimes, you know what you’re supposed to be doing. And when you know what you’re supposed to be doing, it’s somebody else’s job to kill you.”

Excerpt from: Turning to One Another: Simple conversations to restore hope to the future.
Copyright 2002 by Margaret Wheatley

Turning to One Another

Enter your email address to subscribe to this blog and receive notifications of new posts by email.